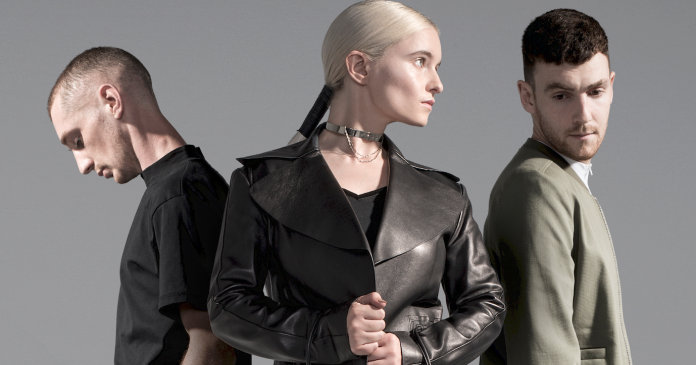 Its that combination of instruments carefully blended with electronic beats and good vocals that resulted in the international success and simplicity of Clean Bandit’s style.

Here is our top 5 tracks by Clean Bandit:

Released on 27 May 2016. It is the last single to feature Neil Amin-Smith as violinist after his departure. Clean Bandit and Johnson performed the song with 5 After Midnight during the finals of The X Factor on 10 December 2016. It was included on the deluxe edition of the band’s second studio album.

Written by Grace Chatto and Jack Patterson, Lovato, Camille Purcell, and Fred, with production handled by Chatto, Patterson, Fred and Mark Ralph. The song was released on 18 May 2018 by Atlantic Records. Commercially, it has reached number one in Austria, the Czech Republic, Finland, Germany, Hungary, Ireland, Slovakia and the United Kingdom. “Solo” was also the most searched song on Shazam in 2018, with 9.1 million tags worldwide.

Don’t forget to check the uncredited pitched vocals from Kamille in this song.

Released on 21 October 2016 and was their first single since Neil Amin-Smith’s departure from the group and it serves as the second single from their second studio album, What Is Love? (2018).

The song became the UK Christmas number one for 2016 on 23 December 2016. It is the first song in chart history to become Christmas number one after already being at the top of the charts for six weeks. In total, the song spent 9 weeks at the summit of the UK Singles Chart while also topping the charts in over 20 other countries.

Featuring Swedish singer Zara Larsson this song is the third single from Clean Bandit’s second studio album, What Is Love? (2018). The song was also released as the sixth single from Larsson’s second studio album, So Good (2017). The single peaked at the top of the UK Singles Chart, becoming Larsson’s first number one on the chart and Clean Bandit’s third. Outside the United Kingdom, the single also topped the chart in Larsson’s native Sweden, as well as in neighbouring Norway.

written by Jack Patterson, Jimmy Napes, Grace Chatto and Gustave Rudman. The song was issued as the fifth single from Clean Bandit’s debut studio album, New Eyes (2014). The single and its remix EP were first released in Ireland on 16 May 2014, and was released in the United Kingdom on 18 May 2014.